The digital game market has become an important market having a greater commercial value than many other industries. Many individuals and commercial businesses operate in this market at different stages such as game developers, distribution companies, promotional activities. On the other hand, according to the scenarios of games, celebrities, recognized by the society , can take part in these games as actors-actresses and also perform postsynching.

• It is estimated that global gamers, with a population of approximately 2.7 billion worldwide, will spend approximately 1 trillion 120 billion TL on games in 2020.

• It is predicted that these expenditures will exceed 200 trillion in 2023. 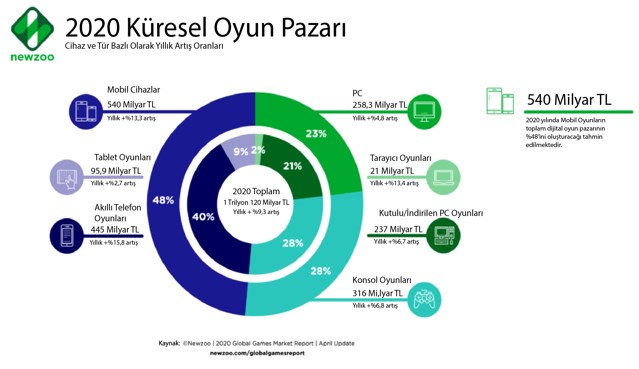